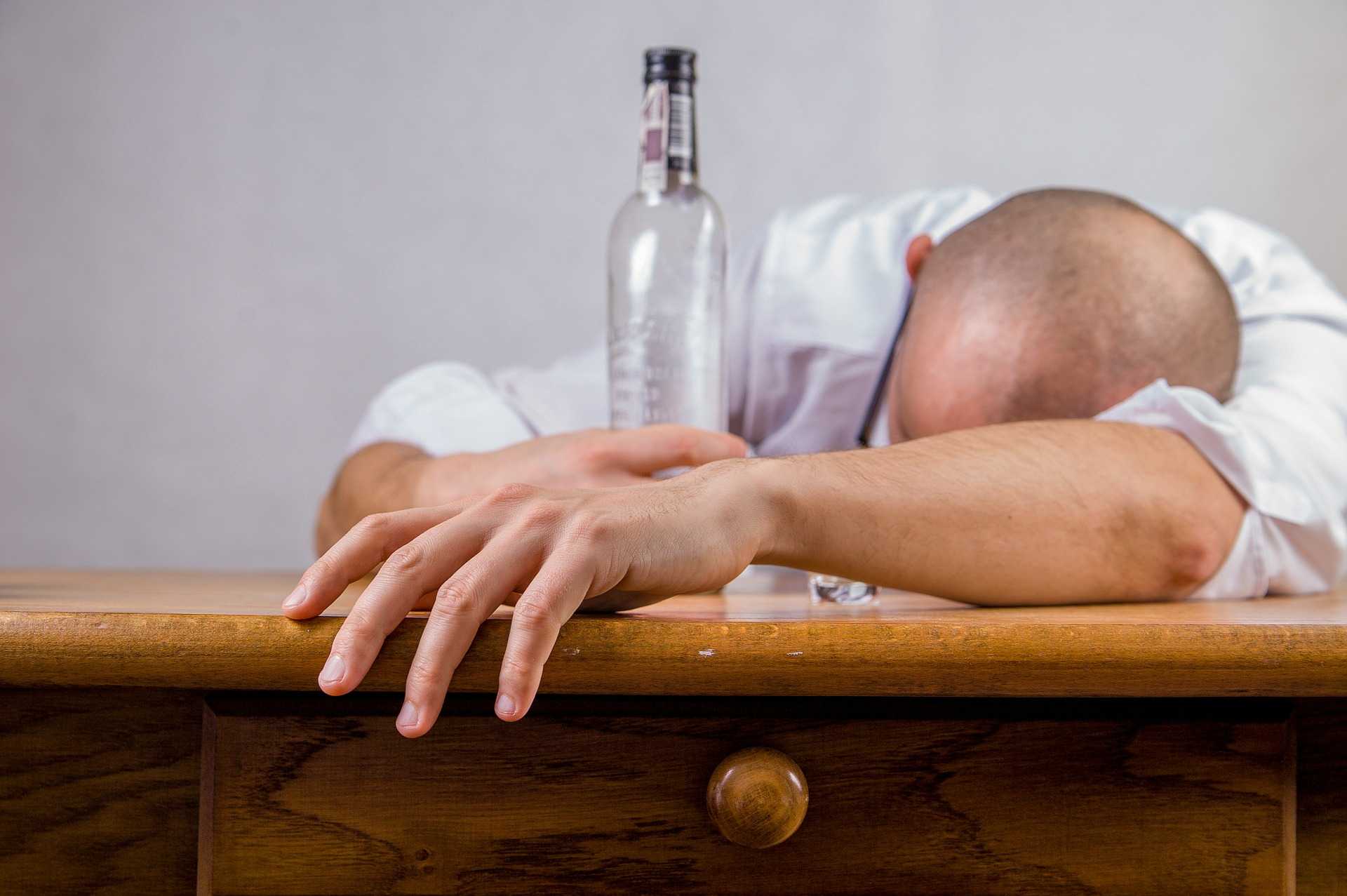 Crisis takes various forms ranging from suicidal cases and drug or alcohol addicts to refuted self-esteem and many others (Dunbar et al. 6). This document focuses on drug/alcohol addicted parents and how it affects their children. Drug or alcohol addiction is a complex disease which requires more than willingness to quit since it has various adverse effects to the brain. Addicted persons behavior affects people surrounding them in an adverse way; in this case babies or children of addicted parents face the consequences of the adults’ addiction.

Drug addiction, regarded as a disease, has a long lasting effect on the brain and is resistant to treatment (Dunbar et al. 6). Addicted persons tend to go back to their old habits after years of refraining due to the relapsing effect of the disease. Reward circuit is the commonly affected side of the brain through the chemicals introduced by the drugs or alcohol consumed, which in turn controls a person behavior through stimulation. Immense consumption of drugs and alcohol causes over stimulation of the brain resulting into one being over posed with an activity or a situation or worse, less interested in it.

Abusing drugs for a long period affects ones functioning when it comes to behavior, stress, memory, learning, judgement or decision making (Dunbar et al. 6). The reason why some people get addicted to drugs or alcohol is because of their disparities in terms of genes, environment and development processes. The pleasant attribute is that a drug addiction is treatable through a combination of behavioral therapy and medical processes.

Effects of Addicted Parents to Babies

Children of addicted parents face various challenges mentally, physically and socially (Livingston et al. 47). The first effect is children or rather babies of addicted parents are not accorded full attention by their parents. They are often forced to learn most of the things on their own without parental guidance. Some unwillingly bear adults responsibilities when they are still young. Toddlers get neglected and as a result most become malnourished since their parents do not feed them as required.

When pregnant mothers take alcohol during the gestation period their babies are likely to have various birth defects (Livingston et al. 47). The most common is Fetal Alcohol Syndrome which has great effects and Fetal Alcohol effects which are lesser in terms of their significance. Both conditions bear long term and short term effects on the unborn babies making them not to be able to live normal lives like others once they are out into the world. Some even get introduced to drugs and alcohol at a very tender age, making them potential drug or alcohol addicts in future.

Violence is the most common result of drug addiction (Dunbar et al. 6). Parents who are addicted to drugs often engage in fights with each other, neighbors or even relatives. Such scenarios often cause harm to babies by physically injuring them or exposing them to violence. Irrational acts caused by drug/ alcohol intoxications have been found to affect parents to the extent that they beat up their children without valid reason in their inebriated state.

Children develop depression due to parents’ drug or alcohol addiction as a result of anger or blaming themselves for the family turmoil (Dunbar et al. 6). The youngsters also get neglected and not shown love by their parents hence feeling left out in the society. Due to less supervision by their parents some develop bad character or rather habits, a long-term psychological effect that results from children’s attention for belonging. The worst instance is gross unconsciousness that might lead some parents to rape or molest their own children. Moreover, some young ones miss out on education programs since their parents neglect their parental duties or do not see the relevance of educating their children.

Children of drug addicts are often ashamed of their parents (Livingston et al. 47). They feel that their parents are in a lower class than that of the fellow peers’ parents and therefore get embarrassed by them. As such, they often chose to abnormally do activities on their own, especially in public without involving their parents. Such children often suffer from mental and development issues making them difficult to handle. They are likely to exhibit depression, anxiety, resentment and loneness amongst others.

Children’s health can be affected by their parents’ substance addiction (Livingston et al. 47). Examples of such consequences include headaches, asthma, migraines and gastrointestinal disorders which often lead to death since they are not well taken care of. Children also suffer from the economic aspects resultant from parents’ addiction. The drug or alcohol addicts often loss their jobs or spend all their money on alcohol and as such are left with no money to support their children.

Substance abuse detours a person’s health sending them to their grave early (Livingston et al. 47). When addicted parents die, they leave their children with no one to care for and nurture them. These toddlers miss out on many opportunities they would have enjoyed had their parents been alive. Some kids adopt their parents’ life style unaware of the consequences and within no time turn into addicts too, presenting the sad case of bad psychological cycle.

Crisis Intervention on Substances Use

This intervention is necessary if the addicts’ activities or lifestyle affects them and the people surrounding them, for example their children (Vengeliene et al. 207). Crisis intervention assists people to withdraw from their addictive behavior and works best when initiated in the early stages while the habit is still developing. This activity is short term hence does not eat up on someone’s time, enabling the addict to undertake other responsibilities. The procedure involves use of expertise techniques and skills in nursing the patients.

Healing from drug addiction takes long work in progress hence one has to pass through various stages of recovery in order to quit the unfortunate dependency (Vengeliene et al. 207). First, education is inflicted to make the person apprehend the conditions they are in, how to fight it and the modes of doing so. This juncture aims at sensitizing the parent on their conditions and the adverse effects the substance poses on both them and their children. The second stage is marked by awareness and observation which enables the patient to know their personal contribution to their current condition so as to release themselves and their children from the emotional trauma.

Un-blocking the affected person’s potential is the third step. Here the patient is helped to explore their inner ability, an exercise which assists one to get out of the condition (Livingston et al. 47). This step enables them to make the decision of bettering their lives and that of their children. The fourth step involves making the patient understand the cause of their problems before embarking on the break free mission. Subsequently, the therapists build a solid structure or rather foundation, which makes the patients comfortable and be able to avoid falling back into their old habits.

After the above procedure, the stage that follows involves challenging problematic myths and expectations of the patients, enabling them to understand that their beliefs is based on false ground which affects both them and their children in an adverse way (Vengeliene et al. 207). Ending unfit cycles is the seventh stage. Here, one gets freed from unhealthy habits, for example excessive consumption of alcohol and drugs. Short-lived dependencies are then established between the patient and the counselor. Other persons who care can be involved too, such as their children. This enables them to create new lifestyle which impact on their lives and those around them in a commendable way. Lastly the patient is trained to face their pain and fears which enable them to fight their detouring emotions and develop the ability to run their lives in a normal manner.

Sometimes conditions may get out of hand due to instability or irrational behavior as exhibited by the patients hence requiring the addicted parents to seek help from experts (Vengeliene et al. 207). Some can even resist treatment. For this reason one requires to seek professional help in order to overcome their situation. A person with high skills and qualification is likely to solve the problem faced by the patient. Most of the professionals who attend to such matters are available all the days of the week regardless the time, highly trained to handle such cases and have lengthy experience in the field. Therefore parents with extreme-level addictions can obtain help from such professionals, thus enabling them and their children to live better lives free from problems associated with drugs and alcohol slavery.